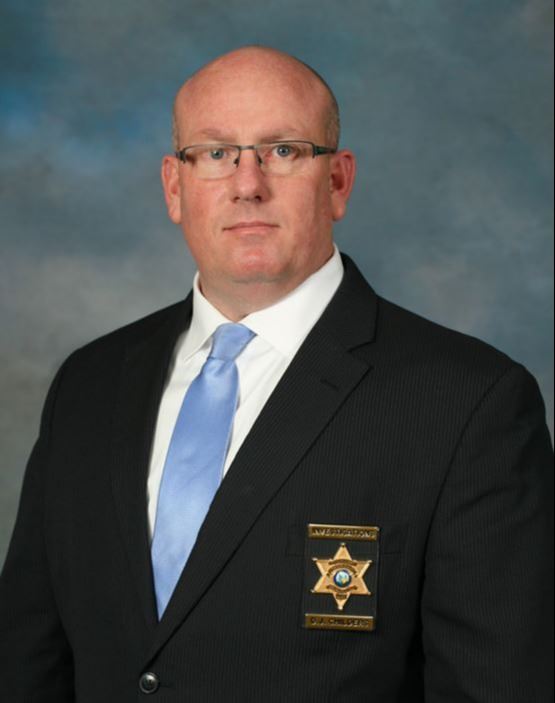 Donald J. Childers, Jr. (Jay) is the son of Gail Childers and the late Donald Childers of Rockingham, N.C. He is a U.S. Navy veteran, where he served as an aircraft fire and rescue crash crewman aboard the aircraft carrier U.S.S. Constellation. He is married to his wife, Terri, they have two children, three grandchildren and are licensed N.C. Foster parents.

After being honorably discharged from the U.S. Navy, Jay followed his childhood dream to become a deputy with the Richmond County Sheriff’s Office. He was discharged from the Navy in October of 1997 and began work with the sheriff’s office in November of 1997. Jay was hired as a deputy assigned to the jail. In May of 1998, he transferred to the patrol division, where he served until February of 1999. In February of 1999, Jay left the sheriff’s office and worked a short stint at the Hamlet Police Department as a patrolman. In June of 1999, Jay began work again at the sheriff’s office as a patrol deputy assigned to nightshift patrol. In July of 2002, he was promoted to Investigator and assigned to the Criminal Investigations Division. In September of 2004, Jay was promoted to Detective Sergeant within the investigations Division. In August of 2010, he was promoted to Captain over the Criminal Investigations Division. Jay was promoted to Major in July of 2018 by the late Sheriff James Clemmons. In this roll, Jay continued to serve as the Chief Investigator. During Jay’s time at the sheriff’s office, he has served in several capacities, he served as the agencies In-Service Training Coordinator, a member of the agencies honor guard, a hostage/crisis negotiator, member of the agencies SRT team and dually sworn with the N.C. Secretary of State’s Intellectual Crimes Task Force combating counterfeit fraud and pirating within the state.

During his law enforcement career, Chief Childers has received the following certifications and training: